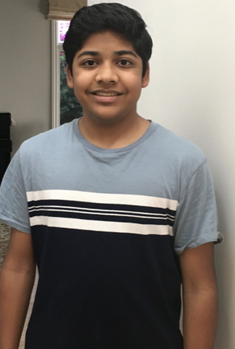 Ashir Kashyap is a Co-Secretary General and a senior at the Bishop's School and is a member of the Secretariat. Since freshman year, he has been on the MUN team and has participated in several committees at Triton MUN and Knights MUN as well as served as a Chair as part of last year's Knights MUN Conference. Ashir is interested in MUN because he has a passion for learning about global issues and current events and enjoys conferences because they model real-life situations and are an opportunity to act on realistic solutions. Outside of MUN, Ashir is on the Speech and Debate Team, co-founded Youth.learnProgramming();, and runs his own business-entrepreneurship club known as Future Founders! ​Kasie Leung is a Co-Secretary General and a senior at The Bishop’s School and has been involved in MUN since eighth grade. She has previously been involved in Knights MUN, serving as a page and as crisis staff in past years. Her favorite part of MUN is being able to find solutions to real-life issues with people who are just as passionate about diplomacy as she is. Outside of MUN, Kasie enjoys speech and debate, figure skating, volunteering and reading. She is incredibly excited to be a part of this year’s Knight MUN!​ 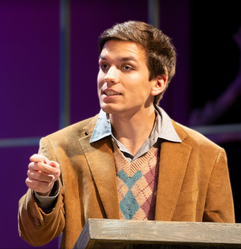 ​James Stutts is currently a senior at Bishop’s and an experienced MUN delegate, having both attended and helped run KnightsMUN in years prior. He has also attended other conferences such as TritonMUN and NCRC, usually participating in Crisis Committees. Outside of MUN, James is deeply interested in geopolitics, film, and literature, especially dramatic works. He is also a part of Bishop’s Mock Trial team and heavily involved in the school’s theater department, starring in several productions. 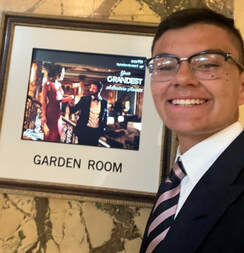 Dylan Navarrete is a junior at the Bishop’s School and a member of the Knights Secretariat. He has been part of the Bishop’s Model United Nations team since sophomore year and is looking forward to chairing this year’s KnightMUN. He has participated in many MUN conferences and committees, such as TritonMUN’s Concert of Europe where he represented the King of Greece. He also was part of the Crisis staff for KnightsMUN VII for the Trojan War. Beyond MUN, Dylan is also on Varsity Speech and Debate, runs Cross Country, competes in History Bowl and Academic League, and serves on his grade’s Class Council as Class President. His hobbies include reading, beating his friends in fantasy football, and watching movies. 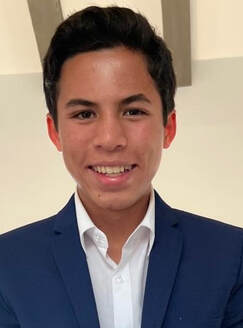 Jonas Pfefferman is a junior at the Bishop’s School and has been involved with MUN since 7th grade. Although this is his first year serving on the secretariat, he has previously attended several conferences, including Triton MUN and NCRC, as well as serving as Vice Chair at KnightsMUN last year. His favorite part of MUN is finding interesting alternate solutions to historical events in crisis. Outside of MUN, Jonas is on Speech and Debate, runs Cross country, and participates in Cyber Security competitions. He loves anything Star Wars, watching movies like a film critic, and coding—he’s currently working on a political-simulation video game. 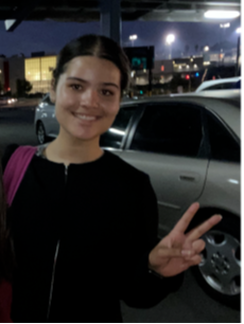 Marina Khoury is a junior at The Bishop’s School. This is her fifth year participating in MUN. In her time on the team, she has enjoyed learning about international affairs and debating solutions to global issues. Justice reform particularly interests her. This year, she looks forward to hearing KnightsMUN delegates discuss their own proposals in the Prison Reform committee. Alongside MUN, Marina is part of Speech and Debate, works in administrative assistance at Scripps Laboratories, and leads the Multiracial Student Group. She has previously interned at De Castro Law Group and the Law Offices of Michael Anthony Hernandez. In her spare time, she dabbles in baking and visual arts. 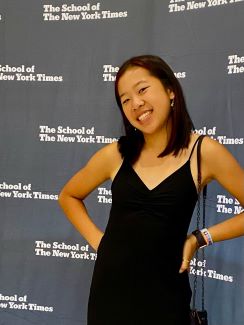 ​Sydney Chan is a junior at The Bishop’s School and has been involved in MUN since ninth grade. Over her time on the team, she has participated in many conferences such as TritonMUN and ClarkMUN. She served as a Vice Chair for the Dual-Crisis Committee at last year’s KnightsMUN Conference and is excited to help plan and Chair her own committee during this year’s session! Her favorite part of MUN is collaborating with her friends to devise solutions for current global issues. Outside of MUN, Sydney competes with the Speech and Debate and Mock Trial Teams, is an editor and writer for the school publication, The Tower, and plays varsity field hockey and softball. She’s looking forward to this year’s KnightsMUN!
Past Secretariats: ​
2021-22:
Secretary General: Maddie Cayer
Secretary General: Alina Kureshi
Ashley Sottosanti
Natalie Goldwasser
Advay Chandra
Kasie Leung
​Ashir Kashyap